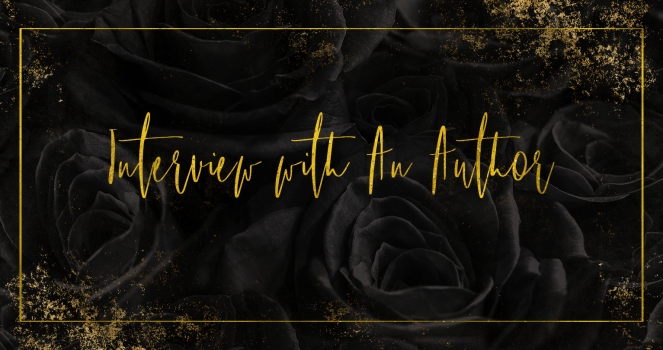 When did you first realize you wanted to be a writer?

I first realized I wanted to be a writer in Third Grade. Mrs. Gobetz was my teacher and she encouraged me to write and create the stories that were floating around in my head. From then on I always wanted to be a writer, but the words left me for many years. It was worse than a bad case of writer’s block. I stopped writing in my twenties not from a lack of desire, but the words wouldn’t flow. I thought that I had lost my gift of storytelling for over a decade.

However in 2015, after I heard another author tell a tale of how she got started, I had the courage to try to make something of the stories that continued to bob around in my mind.  It was then I decided to take it to the next level and try writing again. The first novel I wrote I won’t publish. It was like pulling teeth for each word, but over time it became easier.

At the moment my desk is in the room we should be using for a breakfast nook or kitchen table. I don’t have a door to the room and it’s right next to the great open entertaining area of our kitchen/dining/living rooms. It is wonderful to be connected to the family, but there are many interruptions. Because It’s hard to refocus after each one, I do have plans for an office space in our next house. I secretly cannot wait to get there and unpack all of my office belongings I’ve missed so much.

How many books have you written? Which is your fave?

I have written 6 books, but only one is published. I am working on my seventh book now. Four aren’t worthy; they have so many plotting and character issues as some were written when I was a teen. But they were my practice novels. I’m pretty sure every great writer must have one or two of those.

Choosing a favorite would be like choosing your favorite child. It just can’t be done. You love each one because of their individual uniqueness.

Where do you get your inspiration for your books?

I find inspiration all around me. Mostly in my dreams, but often my husband or sons will say something that will spark an idea. Sometimes we will be out at the grocery store shopping and I have to pull out my notepad from my purse or take notes on my phone for an idea.

My inspiration for Curse Breaker came from myths and legends as well as another author friend. I wrote 5,000 words and shared it with her and she threw out an idea that I ran with. That first 5k was never published.

My inspiration for Charming Elle has come from the original fairy tales. Those dark twisted ones where feet are cut off to fit into slippers. I have also been inspired by images I have cultivated for characters. When I find I am stuck or things aren’t progressing how I would like I hop onto Deviant Art or Pinterest for inspiration.

This world I am creating is super fun and I cannot wait to get through the series. As of right now I have nine books planned for this series with a potential for twenty-one or more.

What are you reading now?

I am reading the Immortals After Dark Series by Kresley Cole. I’m on book 5, Dark Needs at Night’s Edge. I like to read this series when I’m between books of other series that I am reading, which happens often. I can read an epic fantasy 800 page novel in just two to three days and then I opt for something lighter like Cole’s series.

Oh my, this is a hard one. I don’t like to use actors and actresses as my inspirations because they are already walking talking people. I find it limits my imagination. I do find pictures of models and other people on the internet to cast in my character roles.

I think if I were to cast Curse Breaker:

Charming Elle would require a larger cast than listed below, but some of the main characters would be:

Raynor: Jack Reynor (I just had to!)

I find it more challenging to write the first book because that is when all of the world building happens. From there you have your world and characters set.

Do you hear from your readers? Have you experienced a weird fan girl moment?

I signed my first in person book and they raved about it. I think I was blushing the whole time. It was super exciting.

My readers email me all the time and I have a reader group on Facebook to chat.

Keep writing. Don’t give up.

I listen to custom created playlists on Spotify while I write.

I have one’s I listen to for each Book and work in progress as well as a general #amwriting playlist.

Thank you Jaclyn Roche for chatting with me! I will include her information down below. Check out her newest release, Curse Breaker today!

A reincarnated goddess…
An unrisen long-dead god…
Only she can bring him back to life.

“You’re mine for now and eternity,” he rumbled against her.
She ignored the voice telling her this wasn’t real. The niggle of doubt reminding her she was sick still and released not because she no longer a foster child that had happened at eighteen, but because she had served her time in the hospital rather than go to jail for the accident.
“Tell me you’re mine,” he demanded ceasing his exploration of her.
His lust-glazed eyes captured hers in their gaze. She could see the outline of the minotaur against his body. The beast simmered at the surface, a layering over Viktor’s form.
“I’m yours. All yours.” Kali’s words, a panted whisper against his ear. That couldn’t be me. Her voice husky.
Viktor’s mouth reclaimed hers, beginning his feast with the flesh of her breast. His tongue darted out, licking her hardened nipple and teasing her other bud with the pad of his thumb. He tore off her clothing, pausing only to consume her with his olive eyes. There was no one else in the world who looked at her the way he did, as if she were the only woman he needed or wanted.
Kali moaned, leaning into him. Her core became molten as they tasted each other. Her hips moved against his groin of their own accord. Tension wound with every draw of his mouth and flick of his thumb. Her fingertips traveled down the sinewy planes of his back, tracing the Egyptian tattoos she’d seen covering his torso. Kali clutched Viktor to her as they tumbled to the inky ground of the between. Her hands entangled in the wild mop of waves atop his head. His body felt airy rather than solid as he removed the rest of their clothing. She fought to remain submerged in the between, unwilling to leave, as Viktor didn’t escape his beastly curse often.
“Don’t go,” she cried wrapping her legs around his waist. “Please.”
**************
Curse Breaker is an Insta-Love Stand Alone Novella of the Dark Legends series. It includes dark themes and fated mates.

Jaclyn loves to write stories with a bite; sometimes literally!

Her Dark Fantasy Romances are packed with paranormal delights.
She is inspired to pen novels that bewitch her reader’s hearts and souls. You can usually find her in her writing cave weaving together those remarkable tales. She hopes they are ones you will think about long after you read, The End.

She lives in the middle of the woods in Maine on a mountain across from a lake. Sharing wonderland is easy when it’s with a loving husband, wild children, goofball dogs, fat toads, and a naughty cat who hasn’t learned her lesson and still tries to eat them!

Jaclyn’s a recovering English teacher who digs in the garden but kills everything she plants and burns almost everything she cooks! Good thing she knows how to write!

Stalk her on social media!