The Whisper Man by Alex North – My Review 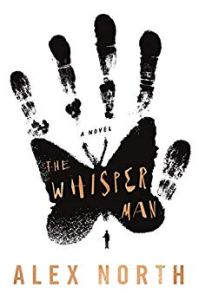 In this dark, suspenseful thriller, Alex North weaves a multi-generational tale of a father and son caught in the crosshairs of an investigation to catch a serial killer preying on a small town.

After the sudden death of his wife, Tom Kennedy believes a fresh start will help him and his young son Jake heal. A new beginning, a new house, a new town. Featherbank.

But the town has a dark past. Twenty years ago, a serial killer abducted and murdered five residents. Until Frank Carter was finally caught, he was nicknamed “The Whisper Man,” for he would lure his victims out by whispering at their windows at night.

Just as Tom and Jake settle into their new home, a young boy vanishes. His disappearance bears an unnerving resemblance to Frank Carter’s crimes, reigniting old rumors that he preyed with an accomplice. Now, detectives Amanda Beck and Pete Willis must find the boy before it is too late, even if that means Pete has to revisit his great foe in prison: The Whisper Man.

And then Jake begins acting strangely. He hears a whispering at his window…

The Whisper Man is thrilling and gripping read. I have not been creeped out by a book in a LONG time! I mean creeped out in a good way…is that a thing? It is now. This riveting story will keep you engaged from beginning to end. Tom’s family has suffered a terrible loss. Tom and his son try to pick up the pieces and start over in a new house. Creepy things start to happen. Some that can’t be explained away. There is a twist you don’t see coming. I have to admit, I had high hopes for this book and it did not disappoint. I was hooked from the first chapter. The story and characters were very well written. This is the first book I’ve read by this author. I look forward to reading more. If you’re a fan of thriller and suspense, this book is for YOU!! I give this 5 stars.

My name is Laura and I am a Makeup Junkie, Book Dragon, Blogger, Beta Reader, and PA I’ve always loved both books and makeup. I’m always reading at least two or three books at any given time. Email: theliteraryvixen@gmail.com END_OF_DOCUMENT_TOKEN_TO_BE_REPLACED
This entry was posted on Thursday, July 11th, 2019 at 7:00 AM and tagged with 5 Stars, Alex North, Coming Soon, Horror Suspense, Pre-Order, Review, The Whisper Man, TheLiteraryVixen and posted in Review. You can follow any responses to this entry through the RSS 2.0 feed.
« The Inheritance of a Swamp Witch (The Swamp Witch Series Book 1) by Sonia Taylor Brock – My Review
Death and Other Happy Endings by Melanie Cantor – My Review »