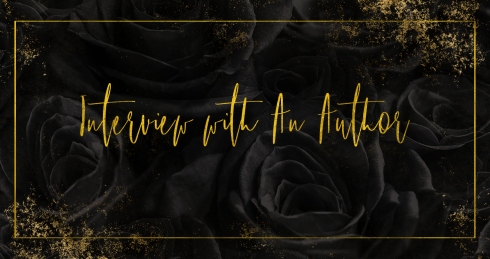 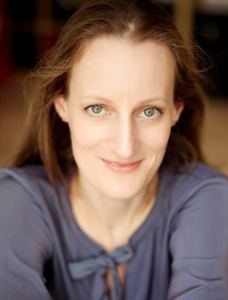 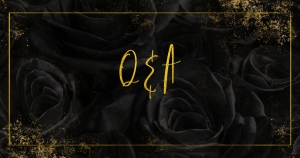 How long have you been writing?

It has been over ten years since I started that first book. Honestly, back then I had no idea what I was doing. I only knew that I had needed to get it out. White (Wings Book 1) was never meant to be published. But when I reached out to readers almost seven years later, feedback was great, so I took a leap of faith and published. Since then, I have completed fifteen more novels in four different series and am working on number seventeen (Lost Towers, book 4 in my Shattered Kingdom series) at the moment.  I can’t imagine one day waking up and not wanting to write.

There is no such thing as a typical writing day for me, even though things have become more routine since that first book ten years ago. I write whenever I get the chance; between meals, when my son is at kindergarten, at night, when my son is asleep. In coffee houses, on trains and busses, and basically everywhere I can fit a laptop for a couple of minutes.

Where do you get your inspiration for your books?

My first book came from a dream. As for the rest, I am not sure where it comes from. When I start a new series I often have no clue what I’m going to write until I start. The words just flow and it never ceases to surprise me that it actually works. I do have a great team of alpha readers who give direct and unfiltered feedback, as well as a wonderful editor who has my back. That helps immensely to polish things once the initial creative phase is over.

Do you have a favorite character that you have written? If so, who? And what makes them so special.

That’s a mean question, because there are so many. Let me try to narrow it down. The first character I loved was Jaden in my Wings series. He isn’t the lead character there, and most of the characteristics why I love him so much only come out in book three of the trilogy, and some of them will remain hidden until I write that prequel to Wings that I have been promising. Then, of course, I love Heck and Jemin in Two Worlds; their friendship, the way they are like two opposite ends on the scale of coping mechanisms. Sunshine and brooding clouds. Gandrett in Shattered Kingdom is my favorite female character so far. She has endured so much in her short life and still hasn’t turned bitter. Her journey and the way she discovers who she truly is (because she couldn’t during those most important years of her life when she was held at the Order of Vala) is a thrilling ride for me as a writer. And her chemistry with Nehelon–who is another favorite of mine, of course–is something that keeps hitting me in the gut. Then, there is Cas in my Breath of Fate series who sometimes makes it hard to find sleep, that’s how upset he makes me.

So, you can see, there is no one single answer. It’s probably like trying to determine who your favorite friend is. There are many, and each of them for a different reason, each of them with their own unique strengths and flaws, and you need each of them in your life. Don’t make me choose 😉

When you’re writing an emotionally draining (or sexy, or sad, etc) scene, how do you get in the mood?

Music. Music. And more Music. I have a playlist for almost every book I write and listening to certain songs brings the mood right on. Also, I studied acting when I was still in high school, so I learned to step into different roles. If all of that fails me, those characters all have a mind of their own and simply bring in their opinions on how things should go, no matter what I have in store for them.

If you had to describe yourself in three words, what would they be?

When writing a series how do you keep things fresh, for both your readers and also yourself?

Things never get boring. Since I hardly ever plot out what I’m going to write, I rely solely on the characters’ ideas of how the story should be going. Even though I have a story to tell, it is not mine, it is theirs. So writing is like watching and documenting a TV show where characters pop up out of nowhere and introduce themselves, love and fight and do all the things I never planned for them. It is like drawing my sword with them to defend them on a battlefield. Like being hung over when they party at the solstice celebrations. It simply never gets boring.

However, it can get draining. Sometimes those characters are faster than my fingers can type and I need to hit pause in order to catch up. But no matter how difficult it gets, in the end it is always worth it. Even with the seven books series I am working on right now. It has never occurred to me to write a stand alone.

After the release of Shadow Rule at the end of February, I am right in the middle of writing Lost Towers. This will be midpoint for my Shattered Kingdom series, and I can’t wait to reveal some of the tangled political and personal relationships in Neredyn. Also, I am editing Unraveled, book two in my Breath of Fate series, the one with said Cas, who sometimes won’t let me sleep. Release date April 30, 2021.

Write what you love. Read. A lot. And all kinds of genres. Then, read some more. Write some more. Never cease to be curious. Write because you have a story to tell. Listen to your characters. Listen to your readers. Understand that a story idea doesn’t make a book, that there is so much more to the process until you hold the finished product in your hands. And yes, it is a product. Treat it as such. Be kind to those who criticize you–there might be truth to what they have to say. Don’t let one opinion change the direction you are headed. You may be the one who comes up with the story, but what it becomes in the end happens in the reader’s mind. That’s where your story comes to life.

I am grateful for how my work has been perceived over the past years and humbled by the countless emails and messages I get from readers and fans. Thank you for your incredible support.

Thank you Angelina J. Steffort for chatting with me! I will include her information down below. Check out her newest release, Shadow Rule today! 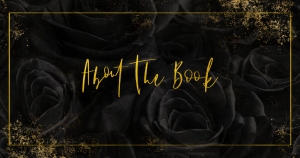 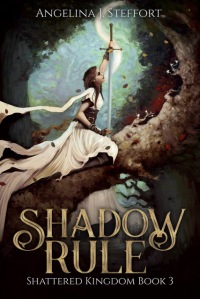 Breaking the curse will break her heart

Gandrett can no longer hope that she has a dying chance to save the Prince of Ulfray nor the friend the Dragon King has taken from her. But she won’t give up—even if it means she has to travel to the forests of Ulfray first to help the Prince of Fae to wake his people.

Gandrett leaves behind the ruins of the future of Sives and embarks on an adventure of her own—where she gets more than she bargained for.

Venturing into Ulfray with brooding Nehelon is a challenge in itself, now that she has seen what lies beneath the harsh and cold shell he so very much likes to wear. But waking up the Fae is a whole different thing—especially when the path to lifting the curse is woven from secrets.

Gandrett can only pray to Vala, the goddess she no longer serves, that she look over her friends and brother until she can get out of Ulfray. And she needs to act fast. Because in Neredyn, forces are brewing that will change the course of history.

In this third installment in Angelina J. Steffort’s Shattered Kingdom series, Gandrett must fight the yet biggest battle of her life—the battle of her heart. 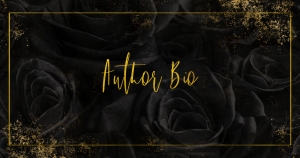 “Chocolate fanatic, milk-foam enthusiast and huge friend of the southern sting-ray. Writing is an unexpected career-path for me.”

Angelina J. Steffort is an Austrian novelist, best known for her Wings series, a young adult paranormal romance about the impossible love between a girl and an angel. The bestselling Wings series has been ranked among calibers such as the Twilight Saga by Stephenie Meyer, The Mortal Instruments by Cassandra Clare, and Lauren Kate’s Fallen, and has been top listed among angel books for teens by bloggers and readers. Her young adult fantasy series Shattered Kingdom is already being compared to Sarah J. Maas’s Throne of Glass series by readers and fans.

Angelina has multiple educational backgrounds including engineering, business, music, and acting, and lives in Vienna, Austria with her husband and her son.

My name is Laura and I am a Makeup Junkie, Book Dragon, Blogger, Beta Reader, and PA I’ve always loved both books and makeup. I’m always reading at least two or three books at any given time. Email: theliteraryvixen@gmail.com END_OF_DOCUMENT_TOKEN_TO_BE_REPLACED
This entry was posted on Sunday, March 7th, 2021 at 9:00 AM and tagged with Angelina J. Steffort, Author Spotlight, Epic Fantasy, Interview with an Author, New Release, Shadow Rule (Shattered Kingdom Book 3), The Literary Vixen and posted in Author Spotlight, Interview with an Author, New Release. You can follow any responses to this entry through the RSS 2.0 feed.
« Interview with an Author Featuring J.R. Walden
Angels in the Mist (The Z-Tech Chronicles Book 1) by Ryan Southwick – My Review »