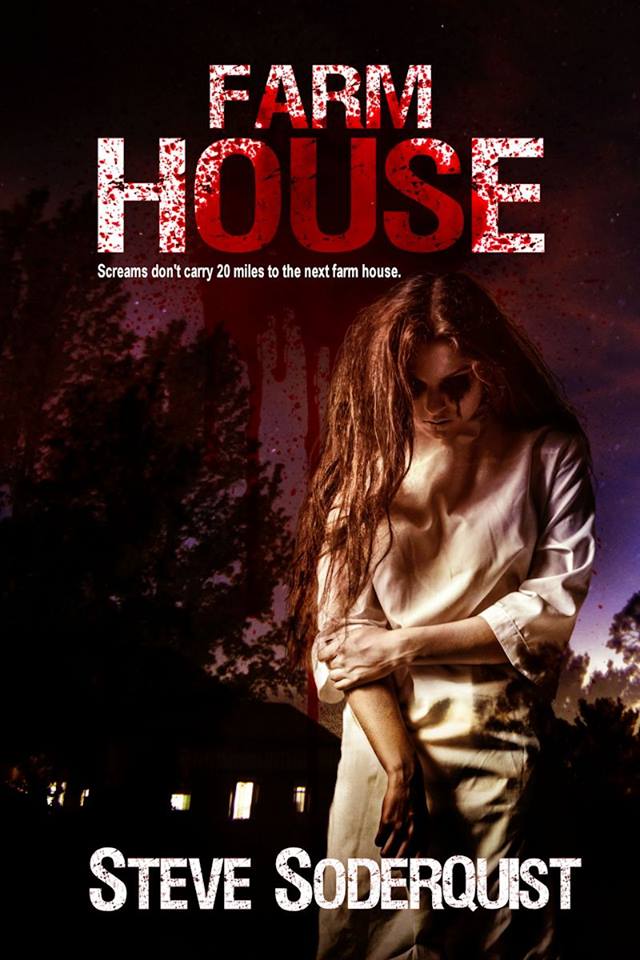 Now after eight years of living on her own, feeding from garbage cans and doing what she must to survive and still remain anonymous, the lies that had been told to her have led her; her sense of vengeance and retribution back to the door-step of whom she considers to blame.

Those who stand in her way receive nothing of mercy, as her relentless pursuit to extract revenge on those who robbed her of her life come to a chilling close as nothing will stop her…and no one is to be spared.

He paid the man and gave his little girl the treat, then walked her over to a bench.

She was busy working on the wrapper; as intent on it as a bomb expert trying to un-wrap a potentially highly explosive package.

She looked up, one eye still intent on her ice-cream bar. “Sure! What kind of game?”

He smiled down to her and ruffled her hair, mussing it up a bit, “Hide and seek.”

Steve Soderquist started writing when he was seventeen. He left that to become a successful musician, spending many years on the road with numerous bands. He came off the road to have a ‘normal life’, but found the writing bug hadn’t left him.

He wrote a novella One for the Road and knew he had to keep going. There was so much he felt compelled to put on paper. Steve went on to pen the horror novel Farm House, When it was complete and those blessed two words ‘THE END’ were put down, he knew he’d come full circle and found his calling. Farm House had originally been publishing it with a company that has since closed their doors.

Steve’s always been an avid reader with an eclectic mix of favorite authors: Stephen King, V.C. Andrews, Jules Verne, J.R.R. Tolkien, James Clavell…so many. It’s his belief reading different genres, has enriched him as an author.

Now, as a full-time published author, Steve’s not through with some of the characters he introduced in his first two books. In addition to his first two works, he’s completed and released Seeds, co-authoredRogue and has just finished Jessica, due out by year end. He has numerous other books at various stages of completion. Although he is a master at horror/thriller, he will tell you he doesn’t write genres, he writes books.

This year he became the co-owner of Foundations, LLC publishing company. As an author, he saw the need in the publishing world to help author’s learn how to promote and sell their work. Instead of complaining about it, he’s doing something about it. It’s because of this, he’s seeing his dilegent efforts pay off in the success of his company, proving there was a great need out there for authors to have a publisher show them the ropes.