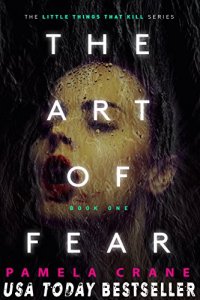 A fearless detective. A stolen child. And a killer just getting started.

Ari Wilburn’s life ended long ago—the day she watched her little sister die in a tragic accident and did nothing to stop it. Crippled with self-blame and resented by her parents, she stumbles through life … and onto an unexpected clue that casts doubt on whether the death was accidental.

Now a psychological wreck, Ari joins a suicide support group where she meets Tina, a sex-enslaved escapee whose daughter is missing and her long-lost father dead. Suicide, police ruled it. But Tina suspects foul play. As a bond develops between the women in their shared loss, they’re dragged into playing a dangerous game with a killer.

A serial killer with a deadly message.

Faced with a murderous wake-up call and two possibly linked deaths, Ari’s investigation puts her next on the killer’s list. But she’s never been one to back down from a fight.

Needing closure, Ari must face her demons and the killer behind them … or lose everything she loves.

“If Dexter and Gone Girl had a love child, this would be it.” – reader review

“Perfect for fans of Robert Bryndza and Melinda Leigh, Pamela Crane introduces a mind-twist that takes everything you love about thrillers, pushes it outside the box, and electrifies you with clever prose and a plot that will terrify you. A must-read thriller…” – Southern Editor Reviews 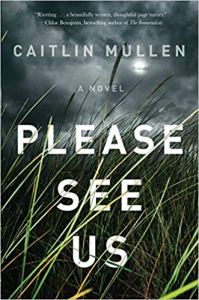 Summer has come to Atlantic City but the boardwalk is empty of tourists, the casino lights have dimmed, and two Jane Does are laid out in the marshland behind the Sunset Motel, just west of town. Only one person even knows they’re there.

Meanwhile, Clara, a young boardwalk psychic, struggles to attract clients for the tarot readings that pay her rent. When she begins to experience very real and disturbing visions, she suspects they could be related to the recent cases of women gone missing in town. When Clara meets Lily, an ex-Soho art gallery girl who is working at a desolate casino spa and reeling from a personal tragedy, she thinks Lily may be able to help her. But Lily has her own demons to face. If they can put the pieces together in time, they may save another lost girl—so long as their efforts don’t attract perilous attention first. Can they break the ill-fated cycle, or will they join the other victims?

Evocative, eerie, and compelling, Please See Us is a fast-paced psychological thriller that explores the intersection of womanhood, power, and violence.

Please See Us is a dark suspense type read. Totally right up my alley. The story is slow moving at first. There are multiple view points. As a whole, this story was good. You get the good, the bad, and the ugly. It had the dark vibe going but I didn’t feel like I got closure with the ending. It wasn’t so much about the killer and more about the victims. The characters were okay. I felt for Clara but had trouble liking Lily. I did enjoy the author’s writing style and will look for more books by her. I give this 3 stars. 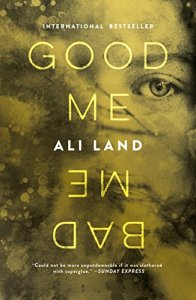 Milly’s mother is a serial killer. Though Milly loves her mother, the only way to make her stop is to turn her in to the police. Milly is given a fresh start: a new identity, a home with an affluent foster family, and a spot at an exclusive private school.

When tensions rise and Milly feels trapped by her shiny new life, she has to decide: Will she be good? Or is she bad? She is, after all, her mother’s daughter.

I stumbled upon this book while looking for my next read. After reading the blurb, I knew I had to read this book. This is a thrilling and suspenseful read. It has a dark vibe to it. Right up my alley! I devoured this book in one sitting! The pacing was good and these characters were very well written. I do wish the author had elaborated more on certain parts. The story had some twists and I appreciated that I did not see that ending coming. A great debut by the author. I can’t wait to see what’s next from her! I give this 5 stars.

Which is raspy and not in the sexy way.