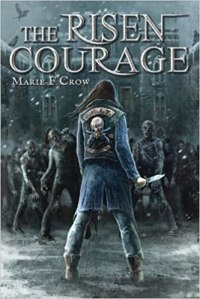 When everything shatters into madness, how do you pick up the pieces that are left? When your friends lie bleeding around you, which ones do you fight to save? To find these answers, Helena Hawthorn will have to face the ghosts that now walk the halls around her. 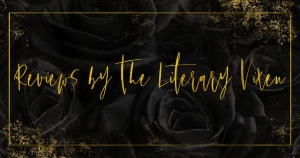 This book packed a powerful punch! It has action, horror, and those emotional moments that Miss Crow seems to bring with each book. Who can scare you and make you feel things at the same time? She can and she does with this series. The characters she’s created have become family. I’m fully invested in what happens to Helena and crew. I have my favorites! Everyone is recovering and dealing with the aftermath of what happened in Dawning. Things seem to keep getting better and better. No, that was sarcasm. Just when they think they’ve handled the crisis, something happens to make the next one even worse.

I was captivated right from the beginning! I didn’t put the book down once. I was rapidly turning pages because I needed to know what would happen next. There’s a surprise at the end that I didn’t put together right away. If you know me and my reviews, then you know how I really dig when that happens. Bravo Miss Crow! I’ll be not so patiently waiting for the next book. I give this 5 stars. 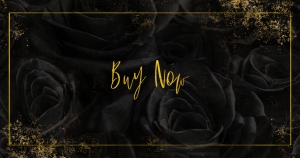 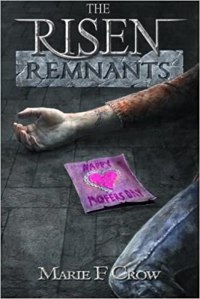 Beth Clark lives of the edge of an abyss. Everyday is spent fighting for her survival and the survival of her teen daughter, Genny. Their lives have been shattered by a vaccine that was supposed to have been a modern miracle. A vaccine that is turning the living into monstrosities of their former selves.

Now, only remnants remain of their past lives. Mother and daughter will struggle to survive with what this new world holds for them as they discover the dawning of the Risen.

I know when I read a Marie F. Crow book, I am going to be on one heck of a ride. With a stop in emotionalville. Her ability to draw strong emotions from you while at the same time creeping you out, is phenomenal. That’s true talent. This is a short but fantastic read! I love the world she has created. Seeing different points of view of the same events from the first book only adds to my curiosity and has me wanting more. I give this 5 stars. 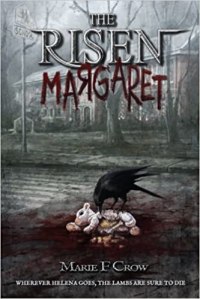 The Risen: Margaret is the second book in The Risen series by author Marie F Crow. This book is a complete story unto itself. Readers of Marie F Crow’s first book, The Risen: Dawning, will find an interesting parallel as the two stories complement each other with the interaction of Margaret Erikson and Helena Hawthorn. The main character, Margaret Erikson, is a kindergarten student who experiences an unimaginable horror. This book is told from her point of view as she details the events of her day. Synopsis: “It’s just a simple shot, right?” Margaret Erikson will ask this question many times today. What is suppose to be a basic school wide vaccine will go horribly wrong. It is not a simple shot and the lives that are lost to it will not become simple monsters. “I would have really liked a good-bye hug today” ~Margaret Erikson

Margaret. Oh Margaret….I was both intrigued and sadden by this story. Intrigued because you got like a behind the scenes look into what was happening. Tying it with some scenes from the first book. Sad because…well if you read this, you’ll know what I’m referring to. I love the author’s descriptive words and her ability to pull many emotions from you but keep you captivated at the same time. I was warned going into this book, but I’m doing good and ready for more. I give this 5 stars. 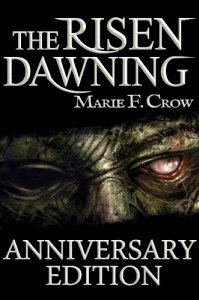 Helena Hawthorn has lived her entire life in the dark shadow of her perfect younger siblings, The Hawthorn Angels. Now as the world awakens to a new horror, she will have to risk everything to keep them safe or forever be haunted by the failure to keep them alive. Each day will bring a new victory, or a new scar, as Helena learns that the dawn waits for no one.

With her newly bonded family, the local motorcycle club G.R.I.T., they will discover the world now holds much deeper horrors for them than they could have ever imagined. The Risen not only stalk the earth but stalk their nightmares as well.

This book came to me by way of a friend. It was described as zombies and Walking Dead with  a kick butt female. Let’s do this!

This book was like a breath of fresh air. It’s unique and totally engaging. It also has a Walking Dead vibe to it and I was there for it. Yeah I went there but it’s true. The beginning hooked me. Once you read it, you’ll know what I’m talking about. Thank you Miss Crow! As the book progressed, I was more and more pulled and invested in the story. These characters had become my family. The author was able to make me feel so many things from sadness to anger then had me laughing. Ah good times.

This is the first book I’ve read by this author and certainly not the last. I’m officially a fangirl and I look forward to reading more! If you’re a fan of the Walking Dead and strong females that kick butt but also want something new and unique to read, this book is for YOU! You won’t be disappointed. I give this 5 stars