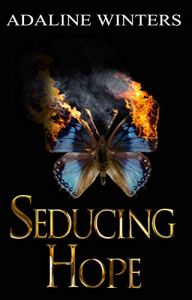 How far would you go to protect a secret that causes the dark supernatural world to hunt you?

Who would you hurt to prevent a prophecy from wiping out everyone on the planet?

When Natia Waterford, defender of humankind and self-declared badass, is sent to investigate a series of kidnappings, she’s forced to step into the world of the arrogant Archan Reinheart.

She soon becomes entangled in a fight for both the human race and her own life. The rules are simple: everybody’s a threat, everything you read might be false, and, above all, protect your heart. 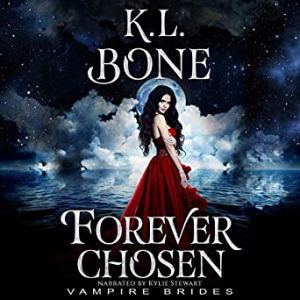 Five hundred years ago, Hayden fell into Caleb’s brutal hands, the ruthless vampire who first claimed his mortal life, then his mind. Tortured into absolute submission, Hayden spent centuries at the powerful lord’s right hand, a broken shell of the man he had once been. Until the night he was sent to kill her. Katherine, a young woman whose innocence and sweet nature woke a part of him Hayden had thought long dead.

After joining forces with the local vampire coven, Hayden turned on his master, betraying the man he had sworn to eternally obey. However, before the villain could be laid to permanent rest, Caleb vanished.

Katherine fell hard for Hayden’s protective nature, while his mysterious aura captivated her. Yet after only a single night in his arms, Hayden pushed her away, stating their love could never be. Confused by the rejection, Katherine struggled to move forward, left with no options but to deny her heart the battered soul it craved.

Now, Caleb has returned, set on delivering vengeance against both the man who betrayed him, and the catalyst for his defection. Katherine and Hayden must discover a way to avoid Caleb’s evil intent, while determining if there is any future for their love.

In a world where Vampires exist, K.L.Bone delivers a thrilling and romantic read with Forever Chosen. The characters were very well written and the story is enthralling. The narrator had a lovely voice and transitioned to the different characters voices seamlessly. From beginning to end, this story will keep you engaged and wanting more! I give this 5 stars.