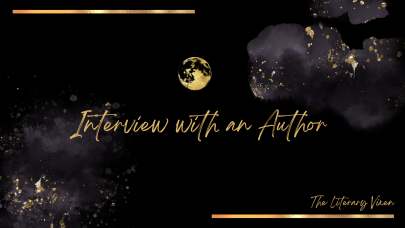 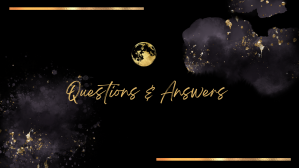 Have you always wanted to be a writer?

I started writing after reading Edgar Allen Poe’s short stories when I was young. I just loved how he told stories. I gave up on writing fiction for a very long time, and only took on the challenge of writing on a regular basis within the last ten years. It’s kind of like returning home to me.

How much ‘world building’ takes place before you start writing?

I am what’s called a planning pantser—which means I do a lot of planning up front but allow for the story to develop and to change as needed when I write. When I’m planning out a series, it can take me over a month to nail down all the details prior to writing one word.

What time of the day do you usually write?

Funny enough, I used to be a night writer, but I now get up pretty early in the morning to write. I love writing when it’s still dark and then the sun comes up.

What gave you that final push to press publish on your first book?

I honestly published on a dare from another writer friend. As a former English teacher, I used to help other writers with plotting and stuff. Finally, a good friend dared me to use my skills for my own storytelling. I’m so glad he challenged me!

Which of your books were the most enjoyable to write?

This is such a loaded question because it’s almost always the last book I wrote. I go through a rollercoaster of emotions while in the middle of writing a book. Lots of self doubt. But as soon as I publish it, that book usually becomes my favorite book I’ve written and I forget all the struggle. However, I do have one book that I was still writing while on vacation in the Cotswolds in England. That book has a special spot in my memory because of all the cool places I found to write in.

What was one of the most surprising things you learned in creating your books?

I’m constantly surprised when my characters take on a life of their own. So many times, they’ve actually surprised me and gone off my plans, letting me know that they would do something totally different. And they’re almost always right! In Collards & Cauldrons, I knew who the killer was until another character revealed themselves to me as the one who did it. That was a complete shock to me as the writer who had things planned all along. But it was actually a much better outcome, which in turn made it a better book.

What are some challenges that have come up during your writing and publishing journey?

I started writing my first paranormal cozy mystery series while my husband and I were stationed in Okinawa, Japan. I had to finish up a book while making the overseas move back home. Let’s just say I had to wait to publish that book until the move was complete.

Yes, I’m so excited to finally be finishing up Bargain Haunting. It’s Book 5 in the Southern Relics series and has been a huge challenge to write for over a years now. There is an amazing relationship between the main character Ruby Mae and her father, which mimicked the one I had with my dad. Unfortunately, after I lost him, it became really hard to write the book. However, I find now that the scenes between those two characters allows me to spend time with my dad in a different way. I’m really excited about the mystery and the story overall, and can’t wait to get it ready for my readers!

If you haven’t finished writing your first book, get that done first. Get it edited and get it out there. And then go write the next one. Don’t get too caught up in trying to make it “perfect.”

I put a lot of myself in my books, including friends and family. So, all of my books and series always carry a part of me somewhere in them. I hope that the readers get a real sense of me and my goofy worlds when they read my books!

Thank you Bella Falls for chatting with me! I will include her information down below. Keep an eye out for her upcoming release, Bargain Haunting!

Scroll down for a free gift! 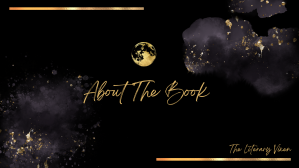 A little sweet tea and a whole lot of spells won’t always put out the fire…
Ruby Mae Jewell is getting ready to marry to her hot vampire boyfriend. With so much going on from her cousin learning how to change from a pig back into his human form to her future mother-in-law visiting from Italy to all of the wedding planning stuff, she’s being pushed to her limits.
A sudden visit from her long-lost mother almost tips her over the edge, except the new witch who came with her mom might come in handy when it turns out there’s a ghost haunting new brides—and Ruby Mae could be next. Will the newcomer be able to help her stop the spirit from causing more harm or will the soon-to-be-bride be at risk until the ghost is clear?

Bella Falls grew up on the magic of sweet tea, barbecue, and hot and humid Southern days. She met her husband at college over an argument of how to properly pronounce the word pecan (for the record, it should be pea-cawn, and they taste amazing in a pie). Although she’s had the privilege of living all over the States and the world, her heart still beats to the rhythm of the cicadas on a hot summer’s evening.

Now, she’s taken her love of the South and woven it into a world where magic and mystery aren’t the only Charms.